Very good, this is a passing score. Do you want to try again?

This is not a passing score. Do you want to try again? 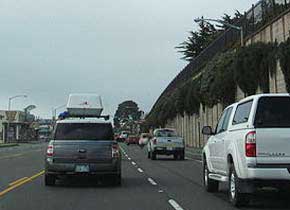 #1. Following closely behind another vehicle:

Tailgating refers to following too closely behind a vehicle directly in front. This is a common cause of rear-end accidents.

Tailgating can cause a series of rear-end collisions when many vehicles are too close together. 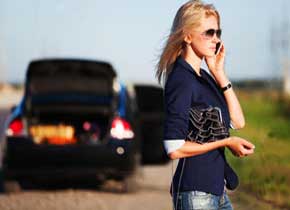 #2. If your car breaks down, you should:

If your vehicle becomes disabled, you must: 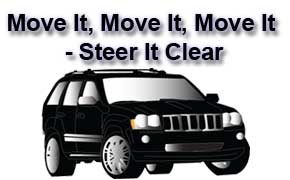 #3. If you are involved in a minor crash without injuries and if you are blocking the flow of traffic, it is your responsibility to:

Move your vehicle out of the traffic lane if no one is injured or killed.

Depending on the location of the accident, warn oncoming traffic. Do not stand or walk in traffic lanes. You could be struck by another vehicle. 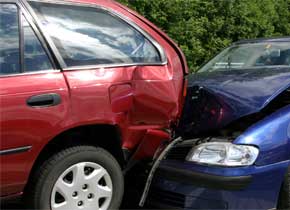 #4. What will help you stay in position and control of your vehicle if you are hit from the side or rear?

Seat belts help in many ways, for example: 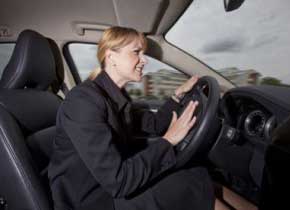 #5. When should you avoid using your horn?

The horn is a warning signal. You should use your horn when it is reasonably necessary to ensure safe operation. Meaning, use your horn to avoid accidents and when coming out of a blind alley, curve, or driveway. You may also sound the horn when passing another vehicle when not in a business or residential zone.

Do not use your horn: 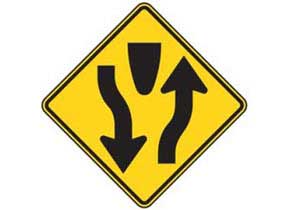 #6. You approach this road sign. What should you expect ahead?

Divided highways have a center strip that separates traffic going in opposite directions. The first sign is posted before a divided highway begins. 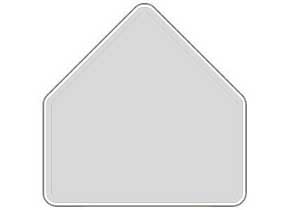 The pentagon (five-sided) shape warns you of school zones and marks school crossings. 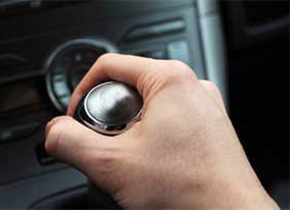 #8. What is the first thing you should do before backing a vehicle?

Before driving in reverse, a motorist must be sure that the path is clear. Walk around to make sure nothing is in the vehicle’s way. Children or small objects are hard to see from the driver’s seat. 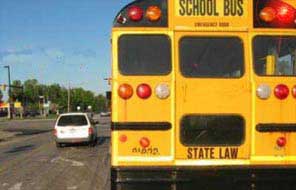 #9. When stopping behind a school bus with flashing red lights, you must keep a distance of:

State law requires you to stop at least 25 feet away if traveling on a two-lane road or on a multi-lane highway where lanes are only separated by lines or on a privately maintained road. When traveling on a dual-lane highway, a motorist should slow to 10 mph if on the other side of a safety island or raised median. 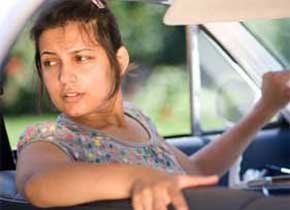 #10. When pulling or backing to park parallel with the curb, you should always:

To properly parallel park, a motorist should always signal for a stop and signal to the right to alert other drivers that the vehicle will back up or pull into the right. 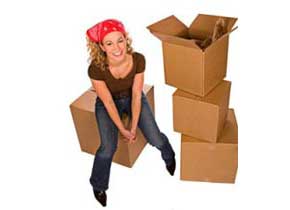 #11. If you have a New Jersey driver's license and move, you must report your new address within:

A motorist who changes addresses must report this change to the MVC within one week after moving. 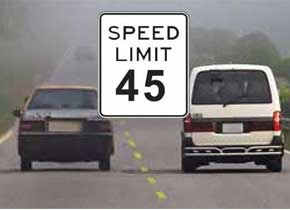 #12. Are you allowed to drive faster than the speed limit when overtaking another vehicle?

You may NOT exceed the speed limit when passing. It is always unlawful to drive at a speed exceeding a posted speed limit. 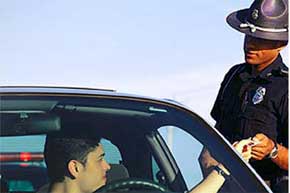 #13. If a law enforcement officer stops you, you should be prepared to show your driver's license, proof of insurance, and:

A motorist who operates a motor vehicle in the State of New Jersey must carry a valid driver license, a valid probationary license, or a validated New Jersey permit. The motorist must also carry valid insurance and vehicle registration cards. 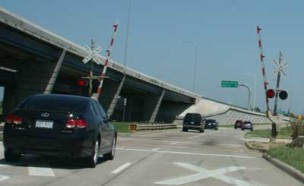 #14. Which is true about signaling before making a sudden stop?

You must always give a proper signal when turning, changing lanes, stopping, or slowing down. Most vehicles have turn signals and you should always use them. If they do not work, the signals must be fixed as soon as possible. Meanwhile, you should use hand signals. New Jersey law requires a motorist to know the correct hand signals for stopping and turning, which are standard in all states. 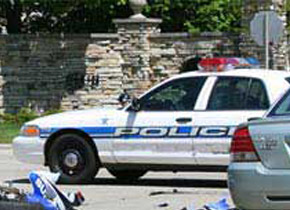 #15. Which is the most common cause of crashes between a car and a motorcycle?

A motorist’s failure to detect and recognize motorcycles in traffic is the most common cause of motorcycle crashes. 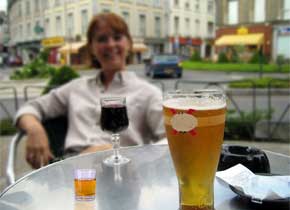 #16. In general, which drink contains more alcohol than the other two?

It is important to remember that it does not matter what alcoholic beverage is consumed. The following drinks contain about the same amount of alcohol: 1.5 oz. of liquor, 5 oz. of wine, and 12 oz. of beer. 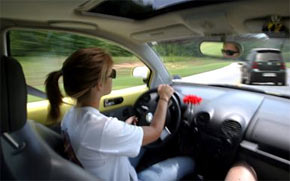 Do not pass another vehicle: 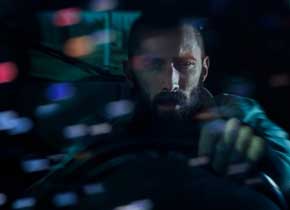 #18. Which of the following can momentarily blind you when driving at night?

If a vehicle is approaching with high beams, a motorist should look to the right of the road until the vehicle passes. Never flash high beams at an approaching motorist.

Bright beams can momentarily blind other motorists by constricting the pupils and should not be used if other vehicles are approaching or when driving behind another vehicle. It can take three to five seconds for a motorist to recover from the glare of approaching high-beam headlights. 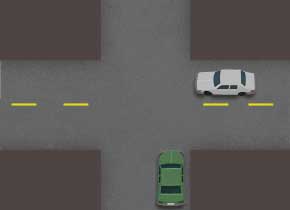 #19. When two vehicles from different directions arrive at an intersection not controlled by signs or signals, which vehicle should yield? 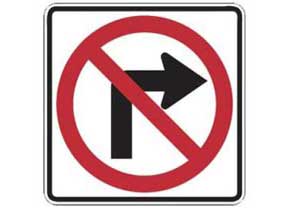 This is a regulatory No Right Turn sign. It means that you are not allowed to turn right at the intersection. 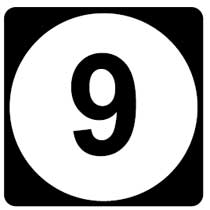 This is an example of a State Route sign. 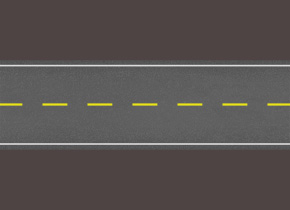 #22. When it is safe to do so, a dashed yellow center line may be crossed:

A dashed (broken) yellow line on a motorist’s side the road means that passing is permitted – when safe. 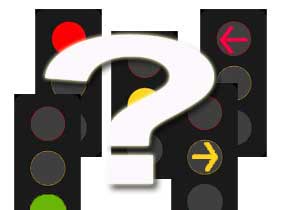 #23. Which signal means you must come to a complete stop, yield to cross traffic or pedestrians, and then go only when safe?

A flashing red traffic signal light means stop. You must yield to traffic and pedestrians. Go only when safe. 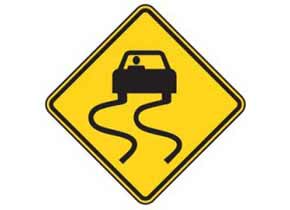 Slippery when wet. In wet weather, drive slowly. Do not speed up or brake hard. Make sharp turns at a very slow speed. 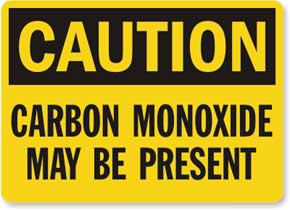 #25. Which is true about carbon monoxide?

Carbon monoxide (CO) is an odorless, colorless gas that is present in a vehicle’s exhaust. Modern vehicles are equipped with pollution controls that greatly reduce the amount of CO that is emitted from the tailpipe. However, certain conditions can cause dangerous levels of CO to accumulate in or around a vehicle, with potentially fatal results.

With practice tests you can pass your written NJ knowledge exam on your first try. Appointments for the written test is in high demand and waiting times can be long at some locations, so it is a good idea to prepare well for your written test.

This practice test is a random multiple-choice test with 25 questions. You can take it as many times as you need to prepare. The database holds more than 500 questions to help you cover all important facts in the New Jersey Driver Manual.

The real exam has 50 questions, and the passing score is 80%, which means that you must correctly answer at least 40 questions to pass. On this practice test, you should aim for a higher score to make sure you can pass the real thing. 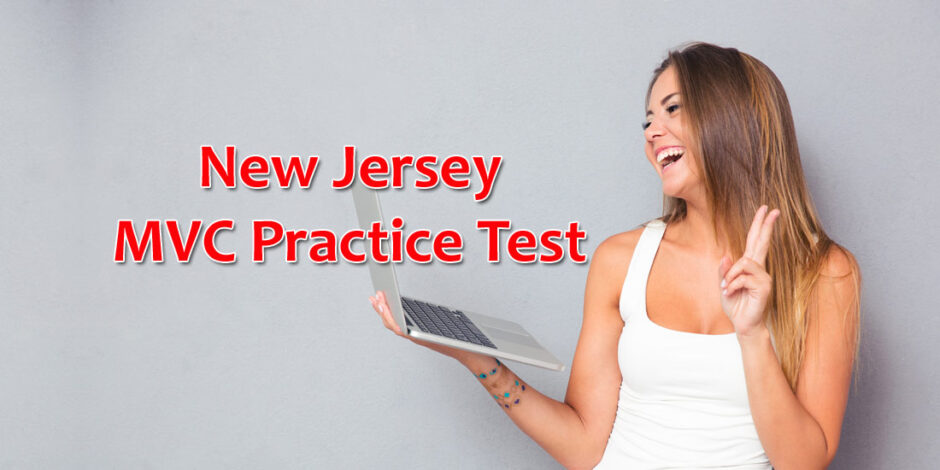 What is on the New Jersey Written Knowledge Test?

The main purpose of the NJ written test is to check that you have read and understood the information in the Driver Manual.

It is difficult to pass the examination without reading the manual, so we really recommend you to start by getting a copy.

If you are enrolled in a driver education class, the driver manual should be provided as part of the course. Otherwise, you can get a hard copy from any NJ Motor Vehicle Commission (MVC) location or download a PDF-version from https://www.state.nj.us › mvc 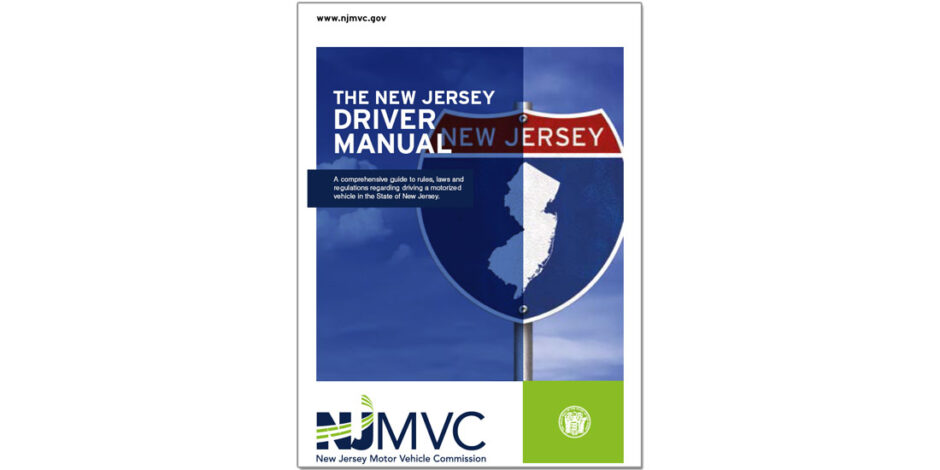 The written test covers most of the items described in the Driver Manual with a focus on New Jersey traffic laws, safe driving, and common rules of the road, including road signs and signals.

You should expect questions about the dangers of driving a vehicle in an aggressive manner, including:

There will also be questions about how to safely share the roadway with pedestrians, cyclists, skaters, riders of motorized-scooters, and other non-motorized vehicles.

You should also expect questions about the effects alcohol or drugs has on a person’s ability to operate a motor vehicle and the legal consequences of impaired driving.

The dangers of carbon monoxide poisoning from motor vehicles is also one of the subjects on the test. Proper maintenance of a motor vehicle is an important knowledge for safe driving. Don’t skip this part.

Teenagers should expect questions related to the dangers of impaired driving and the New Jersey’s Graduated Driver License program including driving restrictions placed on permits and the probationary license.

Is the NJ MVC Test hard?

According to MVC, about 30% of all first-time test takers fail the written part of the driver examination.

The test is not timed, but 50 questions will take you about 20 – 25 minutes to answer. Many test takers rate the test as hard.

What Happens if You Fail the Test?

There is no additional fee for retesting.

The GDL law affects all new drivers, regardless of age. The purpose is to give first-time drivers increased, step-by-step instruction and driving experience.

Regardless of age, you must pass the knowledge and vision test before you can practice driving. After passing the tests, MVC issues a permit that lets you get behind the wheel with a supervising driver who is at least 21 years old and has been licensed to drive for at least 3 years. The supervising driver must sit beside you in the front seat.

The initial learner’s permit must be obtained in person at any open Licensing Center.

If you are enrolled in a behind the wheel driver training course, you can get your first special learner’s permit when you are 16 years. 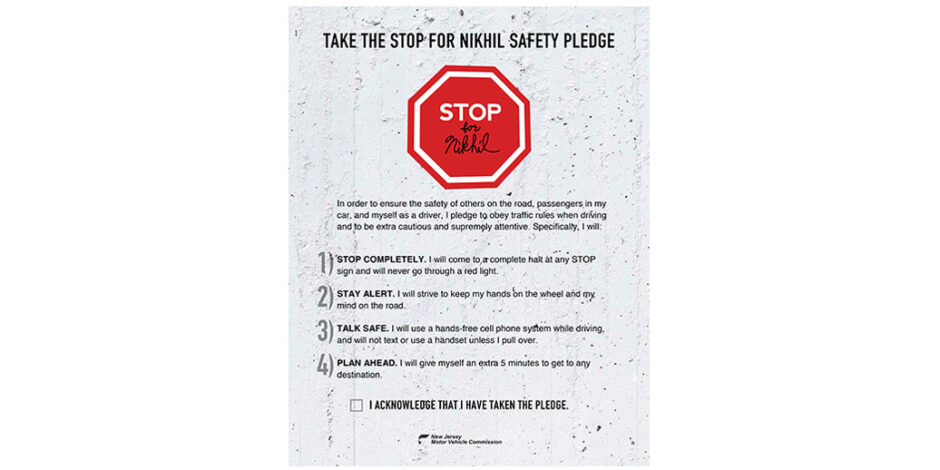 In August of 2015, “Nikhil’s Law” was signed into law. The law reinforces the dangers of failing to comply with New Jersey’s motor vehicle traffic laws.

With Nikhil’s Law, NJ MVC has included awareness questions on the driver’s license test. After the law was passed, the test asks new drivers if they are aware of the dangers of failing to follow the states motor vehicle traffic laws and if they are aware that they have the option to take the “STOP for Nikhil Safety Pledge”.

Where can I get the NJ drivers written test questions

If you are asking for the exact questions New Jersey MVC will use for your test, you will not find them. For obvious reasons, MVC does not release the real questions.

Many websites, including licenseroute.com, create tests that has sample questions based on years of experience and other information provided by MVC, which makes them similar to the real exam. Practice tests will help you study and learn the important facts for the knowledge test, but they will not give you a set of questions that you can just memorize for the permit test.